Reported via desktop in the Damaged pavement category anonymously at 10:36, Thursday 8 April 2021 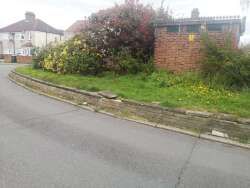 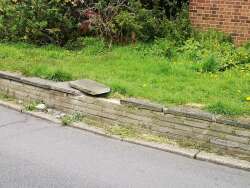 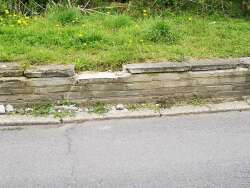 Yesterday and on other occasions rather large trucks come into our road and find themselves stuck as there is a piece of land in the middle, bit like a round about. The truck yesterday was too big and was using our road as a through route and it was such a tight squeeze that rather than scrap the cars that were parked they scraped and dislodge the slabs surrounding the land. Ideally it would be great if the land could be made smaller or even signs at either end of the road saying about the width. It now needs repairing as is a bit of an eyesore. Pictures attached.